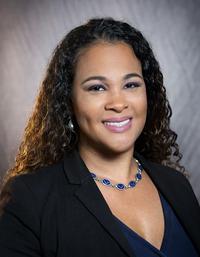 CAROLINE MAIR-TOBY has over ten years’ experience in public international environmental law. She is a former lawyer at the Foundation of International Environmental Law and Development (FIELD), advising small islands and developing countries on UN climate change negotiations. She was a lawyer and liaison officer with the Legal Response Initiative, and a former Special Advising Consultant on a climate change project at the British Institute of International and Comparative Law. She has published widely on the environment, climate change, human rights, business and human rights, and conservation. She is currently the founding Director of the Institute for Small Islands.

She worked in the Office of the Prime Minister for the National Secretariat for the Fifth Summit of the Americas and the Commonwealth Heads of Government Meeting in 2009. She advised the then Trinidad and Tobago Prime Minister and Foreign Minister, as well as the Summit National Coordinator on matters of international negotiations, international law, and international environmental law and climate change. Previously Caroline worked as an independent consultant, including work for the United Nations Development Program (UNDP).

At Mair and Company, Caroline has dealt with commercial law, energy and natural resources, legislative and regulatory matters, civil litigation and company secretarial services. She has been involved in negotiations and drafting of commercial and energy contracts, and drafting agreements and preparing opinions on various types of commercial, regulatory and international trade matters.