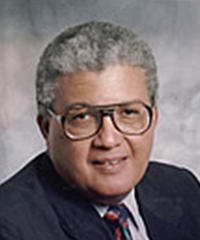 JOHN MAIR is Partner Emeritus and Consultant in the firm which he founded in 1982. He has significant experience in commercial law and conveyancing practice. He advises banking, merchant banking and trust institutions on all types of lending transactions, on debt restructuring, on mergers and acquisitions, commercial conveyancing, joint ventures, prospectus issues, private placements, receiverships , family business issues and employment issues. He has been involved in many complex commercial negotiations and company re-organizations including advising and preparing the legal document templates and agreements for the establishment of Trinidad and Tobago’s largest industrial estate and the leasing of parcels (over 2,400 acres) and commercial port (Trinidad and Tobago’s second largest) at Point Lisas, Trinidad.

Before moving to Trinidad and Tobago, John was a partner in Myers Fletcher & Gordon of Kingston, Jamaica, then and at present the largest law firm in the English-speaking Caribbean. He is a former director of Udecott. He is a founder, shareholder and director of United Independent Petroleum Corporation Ltd (Unipet), the operator of the second biggest distributor of petroleum fuels in Trinidad and Tobago. He was a member of the original Curriculum Committee of the Arthur Lok Jack Graduate School of Business for the establishment of the Executive MBA program and developed the legal module. He is a past director of the Trinidad and Tobago Chamber of Commerce and Industry.

John was the standing Attorney for many years for one of Trinidad and Tobago’s largest banking groups and advising on and preparing documentation for a wide range of loans (secured and unsecured), bond issues (both government and corporate), project finance, aircraft financing, ship financing, receiverships and liquidations, banking and financial law issues, loan restructuring.