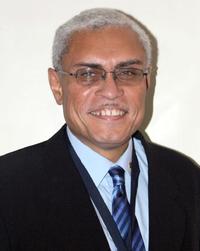 Case Manager for the project manager in complex construction law arbitration before an arbitrator appointed by the Court of Arbitration of the International Chamber of Commerce under the 1999 FIDIC Conditions of Contract (from 2006 to 2011 and then from 2015 to 2017) – one of the largest building contract disputes in the recent history of Trinidad and Tobago.

Case Manager for NIPDEC’s successful opposition to Judicial Review Application brought by a contractor in CV2005 -00460 (2006 decision of Jamadar J, as he then was) in relation to pre-qualification to tender for renovations to the Mount Hope Women’s Hospital

Legal Advisor to a statutory authority in the resolution of its disputes with separate contractors concerning, firstly, the rehabilitation and improvement of an airport runway (2004 to 2008), including representation before the Dispute Adjudication Board (2008) and, secondly, the modification and expansion of an apron (aircraft parking facility) (2005 to 2006) at separate international airports.

Legal Advisor to a State corporation in its arbitral dispute (now resolved) with a contractor over the construction of a maximum security prison for the Government of a CARICOM Member State (2004 to 2007).

Legal Advisor to a State corporation in the settlement of a dispute with a contractor arising from the completion of construction of a public secondary school (2005).

Counsel to CIBC Trust Jamaica Limited in securing a Court-ordered pay-out scheme for the residue of the Air Jamaica pension fund in compliance with the decision of the Judicial Committee of the Privy Council.

Counsel to a leading Caribbean commercial bank in successfully resisting claim for breach of fiduciary duty as a result of the internal fraud of a customer’s financial manager.

Case Manager for group of investors in a shareholders’ dispute, securing an injunction to restrain the calling in of a USD guarantee held by a major multinational bank, forcing a settlement.

Member of Team of Legal Advisors acting on behalf of an agency of the Government of Jamaica in recovering indebtedness of insolvent financial institutions during the financial crisis of the late 1990's.

2004 to date – Partner and Head of Litigation, Mair and Company

Bachelor of Laws, University of the West Indies at Cave Hill

Law Association of Trinidad and Tobago